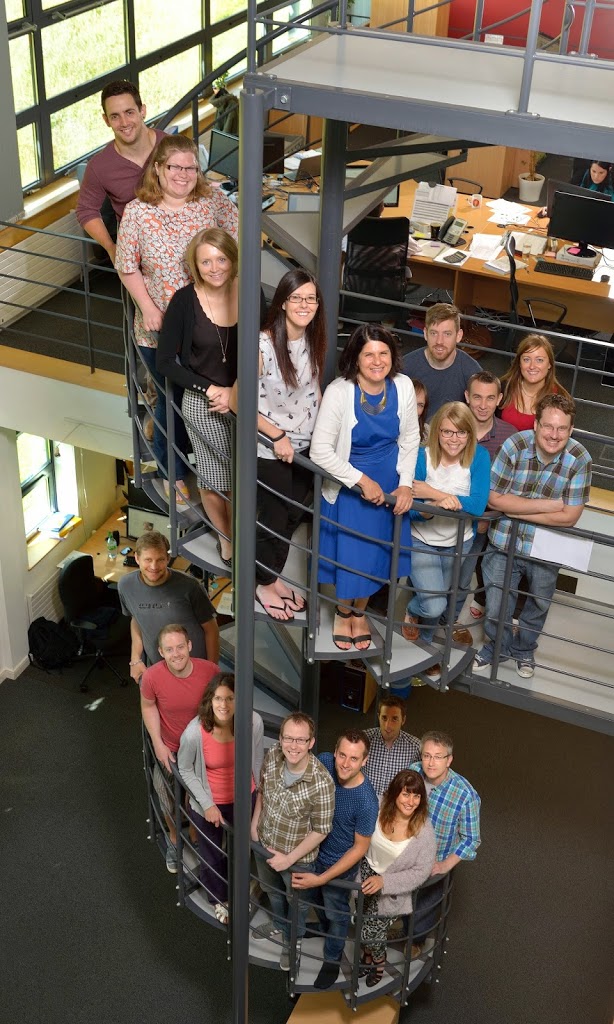 Leading elearning company Sponge has continued the great start to its anniversary year, by moving its headquarters into new, much larger offices in Plymouth Science Park.

The company, which has been experiencing exceptional growth since 2013, has continued it's expansion by moving into a new three-storey, 6,500 square foot building, having outgrown its previous 3,000 square foot office space.

At the same time, the organisation also moved its London base to a new, state-of-the-art building in Kings Cross.

Sponge was founded in 2004 and has grown more than tenfold in the last decade. The team has delivered successful elearning programmes for clients such as Tesco, GSK, Toyota and the United Nations, and is continuing to expand. Earlier this year the company saw business increase by 34% compared to the same period the year before and in 2013, an increase in turnover of 80 percent over 2012.

The new offices provide the space needed to accommodate Sponge’s ever-growing headcount as the expansion continues.

The new addresses for Sponge are: