insights - What is unconscious bias in elearning?

What is unconscious bias in elearning?

Before we delve into this quite difficult subject, it’s perhaps best to define some key terms.

An unconscious bias is one that the individual is unaware exists, but it has a very real effect on the persons perspective and general interactions. In a sense it’s as simple as the decisions we make without thinking when it comes to our perception of others.

Of course it’s not unusual to be biased, it’s completely natural but unchallenged biases present plenty of problems. In the workplace it can mean that we make quick reads or judgments on others. This can have a negative effect on our professionalism, our interactions with people, and we can miss out on some great collaboration.

Open mindedness is really an ideal but it’s one that we can work towards. When it comes to an unconscious bias the first step to changing your perspective is acknowledging your innate worldview. Change begins with acceptance and consideration – it doesn’t just happen.

Often, our innate perspectives are hard to shake so we need to learn how to view things differently. The problem with biases in the workplace is that it often manifests in subconscious groupings and categories. We see people and we place them within a bracket.

This is an unhealthy practice and one that can impinge on rational or informed decisions. Because our biases are so entrenched and innate it can be nearly impossible to even identify them. It’s the first step; accepting that you perceive the world in crudely drawn stereotypes. Don’t feel bad though because we’re all in the same boat.

No one wants to think that they perceive the world in categories according to gender, race, or disability. Unfortunately we all do it and it determines how people are treated and how we interact with them. Research suggests exactly that and often shows just how negatively biases can manifest.

For any business, understanding these problems is important. From that point onwards the business can address and attempt to change the way that people perceive each other.

Perhaps the most insidious element of an unconscious bias is the fact that it manifests in minute micro behaviours. Most of us don’t even realise that we’re doing it but our tiny mannerisms serve to highlight our hidden feelings.

Micro behaviours can materialise in the most simple of ways. It can be a slightly less friendly approach when it comes to interactions with certain people or groups. This type of behaviour can have a massively negative effect over time and it can destroy relationships and prevent us from seeing each other clearly.

It’s not all bad news though and as we’ve mentioned, identifying the unconscious biases in your life is the first positive step to experiencing change. For a business it may be worth looking as objectively as it can at its workforce and looking at the areas that it wants better cohesion within.

A business would do well to consider and highlight the problems within its working population. From that point the business can then identify training types and lesson structures to address and alleviate those concerns.

Perhaps the most important thing a business can do is to look at its infrastructure to identify any work practices or policies that might be perpetuating these negative behaviour patterns. Your business infrastructures may in fact be adding to the problem and entrenching further an unconscious bias. This might be as simple as two departments that have some sort of animosity due to discrepancies in the way that they’re treated.

Use training to change their minds

Breaking a habit requires time and patience and it often requires an individual to learn new habits or perhaps even coping mechanisms. Elearning provides a business with that opportunity and it can instil a general sense of a company’s ethos and highlight behaviours that need addressing and changing.

There really isn’t a limit to who should be given the training. Employees right across your enterprise would benefit from a more considered and rational perspective. Interactions between staff, customers, and management can be made much more effective and less stuck in old learned behavioural patterns.

Utilising an elearning model can help an individual to recognise and identify their unconscious bias but it also provides that person with continued support whilst they’re learning how to deal with their unhealthy perspective. Humans are very easily moulded and our behaviour is shaped by everything that we read, see, and experience.

All of those experiences shape who we are but if they’re not considered or challenged we can quickly develop an unconscious bias. Training your mind is the most important element when it comes to maintaining a healthy perspective on those around you.

With elearning, it’s becoming more common to see equality and diversity training taking place in the workplace, and unconscious bias can be a part of this.

A business would do well to implement an elearning platform that teaches self-awareness and highlights to participants just how susceptible to biases we are.

Train your staff to think for themselves and be active participants in their own perceptions and decisions and you’ll notice a marked increase in trust and communication within your business. 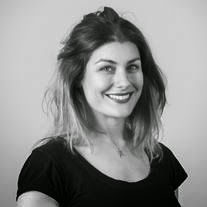