insights - How to use game juice in elearning?

How to use game juice in elearning?

Never heard of game juice? You are not alone.

It’s a term used within the game development industry to define the extra touches that bring a game to life and make it more engaging. Developer, Martin Jonasson, sums it up nicely:

"Juicy things are things that wobble, squirt, bounce around, and make little cute noises; it's sort of a catch-all phrase for things that make a game more satisfying to interact with."

Without it games can feel flat and dull but even a little ‘juice’ can enhance the overall feel and professionalism of the product.

The potential to make a ‘juicy’ game within elearning, which is more satisfying and interactive, is clearly desirable because it increases the chance of fulfilling the central objective of the game – to aid learning. A lifeless game will fail to engage the learner with the content and doing tasks related to it.

The ‘juice’ concept is also a useful one because, to quote Jonasson again, it is a way to achieve ‘maximum output for minimum input.’ This is particularly relevant if you are making games within a standard elearning authoring tool where you have to work within the confines of what is possible.

Here are some suggestions for adding a bit of ‘game juice’ to your elearning:

By adding a motion path to an object you can create some impressive animations, especially when animating them onto the next stage. For example, you can create the illusion of a heavy object dropping or an in- game object bouncing.

It may seem obvious but audio can produce a powerful reaction and it can have real impact within a game. Music can set the mood of the experience and enhance the drama. Clever use of sound effects can underline progression in the game so the learner gets an audio cue when they do something right or wrong.

Pop up text is a tried and tested method of giving feedback in elearning but in games this is often distilled even further into either a single word or phrase, for example, ‘Awesome!’, which helps to establish the vocabulary of the game. It can work just as effectively with an icon or image. The main consideration is that the visual feedback is immediately understandable and provides a concise cue. The learner will quickly and instinctively gauge what is a positive action or one to avoid through such signals, especially when coupled with sound effects and dynamic animation.

This is all about adding interest and energy to the way one screen moves into another. Instead of the learner clicking and then jumping from one screen to the next, a more dynamic treatment adds to the game feel, for example, if the screen pushes up from the bottom of the frame.

Give it a go

I've been experimenting to see what can be achieved with custom-made elearning games using the popular authoring tool, Storyline 2 by Articulate. The enhanced animation capabilities make it easier to get the movement, swish or bounce which helps to give a game the desired ‘juice’. You can see an example at www.wearesponge.com/bpgame of a demonstration game called Lock Down which we created for Charlie Kneen, a Social Learning Consultant for BP. It has two game challenges on the theme of data security.

According to Ambient Insight Research, the global game-based learning market is predicted to reach $2.3 billion by 2017. Even if the forecast is half correct the potential for games in elearning is huge.

So as the market grows, elearning professionals may find themselves having to ‘skill up’ on game basics and the ability to add ‘juice’ is a good place to start. 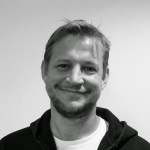 Jason’s background is in indie game development. He currently works as an Elearning Developer for Sponge, specialising in games.