insights - What does Quantified Self mean for the future of elearning?

What does Quantified Self mean for the future of elearning?

We may be on the verge of the long predicted explosion of the Quantified Self movement; the moment when it moves from niche to mainstream.

YouGov’s new wearables tracker research reveals that currently 6% of the UK population has a wearable device with that set to rise to 13% (6.1 million people) in 2015. Around 37% of the people surveyed admit they want wearable tech purely to keep up with the latest trend. But those who get a new device, whether it’s a fitness band like Fitbit or a smartwatch such as Apple Watch, will be entering a world where data has the power to change behaviour.

Wearable devices are closely linked to Quantified Self because they are the mechanisms which allow people to map their lives in numbers. Put very simply, Quantified Self is about recording and tracking aspects of your life or behaviour using numerical data. For example, using a fitness band to log the number of steps you take each day. The founder of the movement, Gary Wolf, calls it ‘self knowledge through numbers’. Wolf points out that by using this personal data we can reflect, learn, remember or improve. So, to return to the example, if you track your daily step count you could improve your fitness levels by increasing the numbers.

Quantified Self and learning now

A quick search of quantifiedself.com comes up with 20 self-tracking tools tagged as being relevant to learning. This, perhaps, shows the link already being made between Quantified Self and learning. Some innovative devices and programmes are already in use which shed light on the possibilities.

Take the futuristically named, Neurosky MindWave. It’s a low-cost headset which safely measures brainwave signals and monitors attention levels. It helps the user to build up their ability to concentrate, focus and relax as they interact with maths, memory and pattern recognition. The headset sends data to the learner’s PC or laptop so they can monitor their mental abilities. 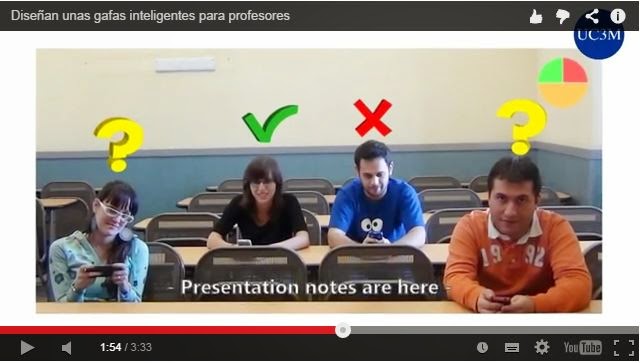 At la Universidad Carlos III of Madrid (UC3M), scientists have developed a system which enables a professor to look through ‘smart’ glasses and see whether students understand a lecture or have difficulty following it. The Augmented Lecture Feedback System (ALF) allows students to use their smartphones to record their level of understanding and feed that back to the professor in real time.

It is, of course, early days but it doesn't take too much of a leap of imagination to envisage a time when learners within organisations will be able to self-monitor their progress. Giving employees an insight into their own learning habits through numbers could be a powerful catalyst for behaviour change or improvement.

Add in wearable devices and it gets even more exciting. Physical indicators such as heart rate, brain activity and eye movement could be mapped, opening up the possibility of producing real time data about a learner’s reaction to the elearning. If that becomes a reality then could the elearning module respond if a learner is losing interest?

Dr Kelvin Bentley, Director of Online Learning for Northampton Community College, Bethlehem, Pennsylvania suggests we may be moving towards LMS-independent learning where people effectively have a ‘FitBit for learning’ which provides data on their learning progress. He believes this would be ‘adaptive by nature’ and also capture learning interactions as part of the feedback.

Clearly nothing is certain when you gaze into a crystal ball in this way but Quantified Self is being looked at by all kinds of sectors keen to explore its potential. This could be the next exciting step in measuring learners’ engagement and understanding in real time which could have a big impact on how we design elearning.