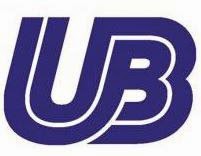 United Biscuits will reveal at a major learning conference how using video starring its own staff has helped improve training in performance management and changed behaviours at work.

The global company behind brands such as McVitie’s and Jaffa Cakes will highlight its work with award-winning elearning provider, Sponge at the 2015 Learning Technologies conference.

United Biscuits commissioned Sponge to produce a 40-minute elearning course called The ABC of Driving Performance to provide team leaders and managers with tips and guidance on areas such as constructive feedback, appraisals and coaching for performance.

The course includes video clips of tricky conversations between a fictitious factory manager, James and his line manager, Karen. Both roles are played by real life United Biscuits employees.

“We were able to explore some of the challenges of performance management through the carefully constructed video clips which tap into the emotional side of feedback meetings.
“Despite being non-mandatory, the elearning course has achieved great participation rates and contributed to positive behaviour change.”
“We made a conscious decision to use our staff not actors so the elearning course would feel as authentic as possible.

The United Biscuits case study will be highlighted at the conference at London’s Olympia on January 29, 2015 in a session on Video for Learning.

“By investing in high quality video content to bring their elearning to life, staff have been inspired and engaged with the training as never before.
“It shows what can be achieved with the power of video in learning.”
“United Biscuits’ commitment and enthusiasm for delivering effective performance management training has really paid off.

United Biscuits has also worked with Sponge on an induction elearning course for new recruits.

Earlier this month, Sponge was named Elearning Development Company of the Year at the Elearning Awards – the highest accolade in the elearning industry.