insights - An interview with Steve Wheeler

An interview with Steve Wheeler

“Technology should be made mundane, it should disappear, should become 'transparent' so learners can see through it and into the real purpose which is their learning.” 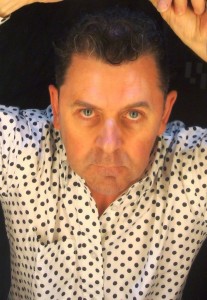 Steve Wheeler has been a fine artist, musician, graphic designer, photographer and psychologist in his time. He even ran his own indie record label in the 80s! He’s best known today as a writer, thinker and speaker on learning technologies. You may know his influential blog Learning with ‘e’s or his social media alter-ego @timbuckteeth. His ‘day job’ is Associate Professor of Learning Technologies at Plymouth University, coincidentally in the same city where Sponge is based. So it seemed like an obvious idea to pick his brains on all things learning tech and share the interview.

What are you finding most exciting right now in terms of learning technologies?

Smartphones are exciting because they’re breaking down the classroom walls. I encourage my students to use them to interact with people who are beyond the classroom who may be experts in the field. They might tweet a question, I retweet it, and the person who the question is about could answer directly, sometimes within the same lesson. It’s a phenomenal thing, very inspirational and motivational for them to be able to interact with the authors that they’re studying immediately, in some cases.

We can also use blogging. The ability to share content and gain an audience for your work is very exciting because students are raising their game. The academic writing that they have done in the past has been for an audience of one but now it might be for an audience of thousands, or even hundreds of thousands, depending on how it’s amplified through social networks. When students realise they have a huge network or audience for their work, they do raise their game and pay more attention to the way they construct their sentences and arguments. They pay more attention to how they reference their work and think more critically because their arguments must stand up against scrutiny and challenge. Ultimately, it really does positively affect their writing capability and I’m seeing the grades of my students going up and up as a result of that.

What do you think the learning landscape will look like in 10 or 20 years?

I don’t think you can predict more than five years down the road. You start doing that and you become hopelessly wrong. But my predictions for the next 2 to 3 years are similar to other experts because we’re all anticipating similar things. I think we will see more game-based learning, both inside and outside traditional learning environments. You are likely to get more wearable technologies coming through to the fore. I’m not just talking about eyewear (e.g. Google Glass) but other wearables that sit on your wrist or inside your clothes and track what you are doing, where you are going and what you do when you get there. This is the life-logging approach - or the quantified self - and it will become quite significant in the future, I think. People understanding how they can benefit from learning opportunities, how they can optimise the skills that they have by measuring how long they spend doing something.

I think learner analytics or ‘big data’, in common speak, is going to become very important for institutions and organisations over the next few years. If you can gather data on a thousand learners then you should, so you can see what they’re doing as a group or how they’re learning as individuals. You are then better placed to intervene at the right point in someone’s personal learning trajectory or to intervene on behalf of the group and direct them on some other route so they can optimise their learning.

Finally, I think there will be more of the same in terms of smart mobile development. As mobile phone screens become larger and thinner again, I think we’re going to do more on this third screen. I know myself that I sit at home with three screens on. There’s the television in the distance, on the wall, then the laptop and finally my handheld (mobile phone). All three screens occupy about the same space in your mind even though they’re at different distances, shapes and sizes. You can multi task and interact in lots of different ways using that kind of approach and I can see this multi-tasking happening a lot in the future.

Will organisations have to change what they offer in terms of learning and development for the next generation of workers?

Believe me, the bright young things will walk away if they don’t find themselves and their approaches catered for, and supported by organisations. So I think the smart companies are already responding. They’re doing away with the training classroom and bringing in bespoke, personalised training which probably gets pushed or even pulled into a hand-held device. There is a lot of bring your own device (BYOD) or even choose your own device (CYOD) happening already, where companies offer alternative devices from a menu, and freedom to choose which handset best fits their employee’s lifestyle. Companies are doing this if they are smart. If they’re not smart, I think they will find they will lose the best of this generation.

You’ve got a new book out based on your popular blog. What ideas are you trying to get across?

It covers a wide range of concepts such as games-based learning and future technology along with a serious critique of the current learning and education system, and how it can be improved. The book challenges people to look at technology as just a tool rather than as something special. I think one of the biggest problems is that we get seduced by the ‘magical’ nature of technology when it’s first introduced. I know schools and organisations that buy the latest technology because it's new and they don't want to be 'left behind' and then once it arrives they think ‘Ok, now what do we do with it?’ And, of course, that is an absolute mistake. What we should be doing is looking for the challenges and the problems, and fitting technology into that context to provide solutions. The other big message is that if the technology becomes central to the learning process, and people have to think too much about how they can make it work for them, they are not really thinking about learning which should be their prime focus. Technology should be made mundane, it should disappear, should become 'transparent' so learners can see through it and into the real purpose which is their learning.

I suggest doing away with computer suites, for instance, because in the real world we don’t go somewhere specific to compute, we compute anywhere - walking down the street, in the coffee shop, at the airport. People don’t go to a room where computing is done because networked technology it is now ubiquitous. We hold our computers in our hands. I think the ultimate message is that we have a lot of practice going on with the use of technology in learning and there’s a lot of learning theory out there but often the two don’t come together. I want people to think about how the theory and the practice can combine to make learning environments more powerful, more effective and more responsive to individual needs. I call this 'digital praxis' which is the sweet spot where theory and practice merge to optimise learning.

Steve Wheeler’s book Learning with 'e's: educational theory and practice in the digital age is published by Crown House and available via Amazon.