The idea behind #Blimage is simple – write a blog related to learning inspired by a photo sent to you by a friend or colleague.

I first saw this image as a tiny thumbnail on Slack, our internal messaging system (an utterly amazing way to collaborate!), just as I was leaving (late, cough cough…)

Glancing at it, I thought ‘easy’…

Immediately, I began thinking about skipping games in the playground, of joyful kids learning whilst playing, either together or alone, a highly social activity and great fun.

For the apple, I was rather smug with myself of how it could cleverly represent the rewards an organisation could gain by allowing their staff to learn whilst socialising and playing. Similar to the way children may reward their favourite teacher with an apple.

My mind jumped to this because as a business psychologist involved in elearning instructional design, I’m fascinated at the ways companies train and develop their employees (or in some cases not…).

I have seen so many organisations who slavishly stick to the same old styles of teaching their employees, another hook I thought of with the school analogy.

Attitudes are changing slowly, but a common notion is that work is serious so workplace elearning should be too. Whereas good learning is based on shared, social, spontaneous and enjoyable experiences. Something I feel is often missing from workplace elearning.

The apple as an icon of reward is also pertinent to workplace elearning. This could be in terms of gamification techniques where employees get badges or points as they move through their learning. But I also thought about the link between autonomy and reward; the benefits to be gained from allowing people the space and freedom to learn in their own way.

Having explored this stream of consciousness for a good half hour, my colleague suggested, with a rather bemused smile, I should have a closer look at the photo. 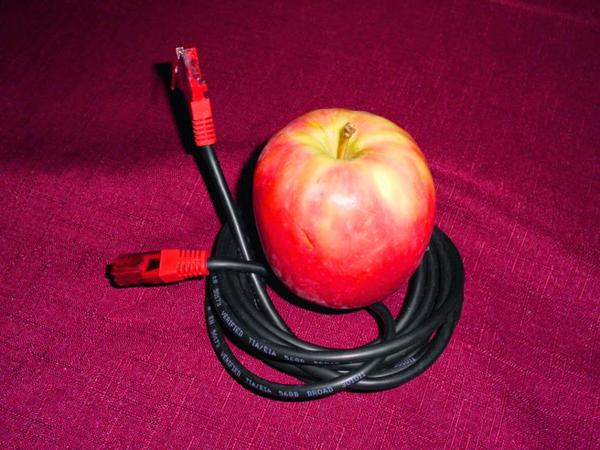 Of course, it’s not a skipping rope at all but a cat. 5 or Ethernet cable, the kind of thing you might use to connect your laptop to your broadband router at home.

At least I had identified the apple correctly!

What was this image saying to me now? Was it something around learning on an Apple device, networking, or the implications for learning of the Internet of Things?

Actually, none of the above.

Rather, I started to think about how important clear communication is in elearning. It’s all about getting a message across, but people can see things in very different ways.

Interpreting an image in multiple ways is a classic example of how messages can get confused. It’s also a reminder that there is often no single right answer.

Now it’s your turn. Here’s our #Blimage pic. The challenge is open to anyone who feels like posting a learning-related blog inspired by the photo below.  Best of luck! 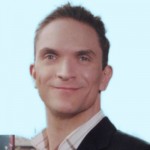