insights - The promise of the cloud, SaaS for elearning

The promise of the cloud, SaaS for elearning

For years, cloud computing has been the next big thing, but what has actually materialised for elearning professionals?

In this post, we’ll concentrate on Software as a Service (SaaS) and the potential benefits elearning developers and designers can get from this cloud computing model.

Often touted as an obvious next step for many of the authoring tools that professionals use day to day, Craig Weiss has predicted that 2017 is the year that SaaS tools start leading with elearning developers.

SaaS involves an application being hosted on a remote server which is accessed by the users over the internet, most often via a web browser.

Are we using SaaS now?

Where collaboration is needed SaaS is in full effect; there’s a good chance you already share documents in Google docs, track issues with JIRA and keep connected with Slack.

But other applications are much more likely to be run on a desktop computer. Right now the most popular example for creative software would appear to be Adobe’s creative cloud.

Although it has the advantage of constant updates, you still need to download and run the apps locally, and a licence only allows you to use them on two computers at different times. So Creative Cloud is a bit of a misnomer. 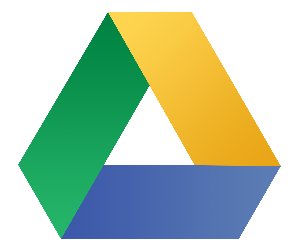 Google Docs – Google's on-line suite of office applications was launched in 2006, it's now part of Google Drive and there are over 120 million accounts with access to the service, but Microsoft office still boasts 90% of the business market in this sector. 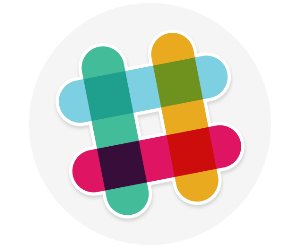 Slack messenger – 500,000 daily users with huge growth since it’s mid 2013 launch, the cloud based messaging tool say they are the “fastest-growing business app of all time”

JIRA – 25,000 customers use it to track issues on projects, it can be licensed to run on site or hosted as a SaaS. The name JIRA comes from Gojira, the Japanese name for Godzilla.

Collaboration is one of the biggest drivers of SaaS adoption; platforms like LMSs which bring a group of people together are naturally suited to being in the cloud. It allows your learners to access their courses from any network, interact freely and keep up to date on their progress.

Adobe’s recently announced Prime LMS system is reportedly based on the SaaS model, so anyone wishing to use it after its scheduled release in August will not be able to host it themselves.

Infrastructure as a service

One way you can get many of the benefits of SaaS and still use your favourite software is by using an Infrastructure as a Service (IaaS) model.

Moodle is an open source LMS which can be hosted on your own server, sounds great, and 70,000 users agree. It's a self-managed solution, so you will need to install and maintain it yourself rather than just signing up and logging in.

There are services that allow you to create a cloud based install of something like Moodle and have it up and running in a few minutes. Bitnami offer a one click install of Moodle and can keep it up to date for you, allowing you to give your users the best features of a cloud based LMS and still have control and flexibility to backup and update on your schedule.

The most popular authoring tools used in a professional environment are all still desktop based. Although inroads are being made by some SaaS products, so far it’s not been enough to make the bigger names follow suit.

All development teams consider efficiency a high priority; building a robust workflow that you can rely on to deliver within a time-scale is one of the most important factors in continued success.

It’s no surprise then that the most popular tools for developing, designing and publishing elearning content are being launched from the hard drive of a desktop PC or Mac. Sacrificing the speed and ease of set up for the stability of a closed system is often appropriate.

Adapt Authoring Tool - The first version of the open source Adapt builder can be installed locally or on a server, allowing it to be used remotely with all the benefits of a cloud based IaaS solution.

Lectora online - Trivantis have Lectora online, a cloud based version of their authoring tool. Trivantis are up front about it being aimed at different audiences, with online being tailored to collaborative content creation.

The future of SaaS in elearning

The increase in SaaS is inevitable and it can already offer significant advantages in the right situation. We’ve learnt that using the right tool for the task is an important part of producing effective elearning.

Right now, it’s important for an elearning provider to have a flexible approach. Clients often have existing systems in place which will continue to require the use of standard desktop tools.

As founding members of the Adapt project, Sponge are at the forefront of creating a leading cloud based tool for responsive learning development.

Having the experience in both types of development means the learners needs can be the priority and we can keep producing absorbing elearning for all types of learners.