At the start of #multideviceweek, we’re highlighting the kinds of devices your learners use to access your elearning, and you might be surprised by the results.

Accessing training on a range of devices is becoming a necessity, there are more people expecting it and the benefits are growing.

The costs of desktop learning

Like 66% of people I use my smartphone at home, at work and in between, it’s sitting in front of my PC monitor as I write this. I might tweet a link about something I've read on the PC, or I might have an alert from one of the Slack or Skype groups that I use regularly for work.

People now use their phones and tablets to access the internet wherever they are, and mobile-friendly courses have been around for years to take this into account.

But are there any other devices being used to take elearning courses that don’t fit into the mobile phone or desktop mould?


“Make sure your LMS is responsive, as your learners will use whatever devices they have to access their training.” Karla Anker – LMS Support Coordinator, SpongeUK

We've looked into the statistics from Sponge’s Launch&Learn LMS and pulled out some surprising devices that have been used to access elearning by real learners. Launch&Learn is a cloud based LMS which holds many different types of courses for a variety of organisations.

We were surprised to discover that solid data on the specific device use is quite hard to find.  Most statistics bundle all mobile users in together, so we’re going to dive deep into our own LMS numbers and share some data that everyone may find useful.

We can assume that many staff have an android handset or an iPad which they use to access the internet. The people you need to plan for are the ones who don’t have a work PC, a modern phone or tablet.

What do these people use to access the internet, and your elearning?

These are the outliers, there aren't many people using these devices for elearning, but it highlights the need to adopt a truly multi-device approach if you want to include every member of your audience. 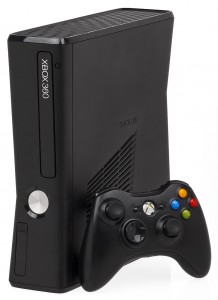 Now games consoles are connected to the internet they become another channel to view your online learning.

The Xbox 360 was the most popular console to appear in the data.

The average time spent on the LMS for games consoles was very similar to the time spent on desktop platforms, showing that people were likely to sit down and take time over their learning on their TV. 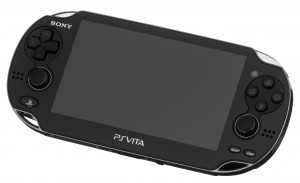 The only hand held console on the list is the PS Vita, with a 5 inch touch screen and decent processor you’d think that any elearning made for smart phones will work well.

Unfortunately the web browser which is supplied with the PS Vita is reportedly not up to displaying HTML5 content, so it could end up being a frustrating experience. 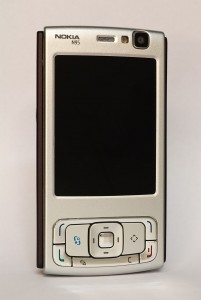 Bada and Symbian OS based phones

Samsung’s phone operating system Bada didn’t take off like Google’s Android (which was a close second to iOS as the most popular mobile operating system).
However the latest version, Bada 2.0 released in 2012, has all the features of a decent smart phone including support for HTML5 and multi-tasking.

Symbian OS will be familiar to anyone who had high end Nokia handset pre-iPhone, think N95.

There are fully featured web browsers but the app ecosystem never became as established as Android or iOS, and Nokia’s move to Windows Mobile OS saw the end of development for this platform.

The most basic phone used to access the learning ran on Nokia’s series 40 operating system.

It does have a browser but it’s very basic, supporting HTML4 only.

If you’re planning on delivering an elearning project to a wide audience in a developing country you might consider making it feature phone-friendly. Likewise, if you’re launching in Japan you might be surprised to know that flip phone sales are on the increase as smart phone sales drop.

How often do you test your elearning on a TV screen? Or with a gamepad as the only input device?

Even if your course isn't designed to be used this way it might be, and the chances are greatly increased if you don’t supply computers for your staff and especially if you employ younger people.

How can you offer a consistent multi-device experience that can cope with all the different screen sizes and inputs that your employees can throw at it?

Elearning can take a cue from web design which faces the same challenges of an ever-changing device landscape. The answer for web, and now for elearning, is responsive design; one set of content that changes it’s layout to fit best on whichever device it is being access on.

Building an elearning course using a responsive approach means you can use it effectively on any device with a modern web browser.

Throughout #multideviceweek we’ll be putting out more multi-device facts and tips through Twitter, so keep an eye on the hashtag or follow @Sponge_UK .