An entrepreneur who runs a successful elearning company in Plymouth has won a triple place in the final of the 2015 Devon Venus Awards, which recognise the achievements of women in business.

Louise Pasterfield, Managing Director of Sponge, based at Plymouth Science Park, is a finalist in the categories of Director of the Year, Employer of the Year and Digital Media and Online Business.

Louise said:
“It’s been really interesting taking part in the Venus Awards, finding out about the diverse and innovative businesses being run by women across Devon. I’m delighted to be nominated in three categories, particularly given the number and standard of entries. 2015 is proving another great year for Sponge with more than 20 new clients since January and a further expansion of our workforce.” 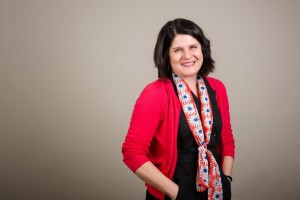 She set up Sponge in 2004 and since then the company has grown into one of the country’s leading elearning companies.

The firm specialises in tailor-made online courses and campaigns for large global organisations with a host of well-known customers including Tesco, Coca-Cola, Royal Mail, the NHS and the United Nations.

The Devon Venus Awards, nicknamed the ‘Working Women’s Oscars’, is now in its third year and the competition takes place in nine regions across the UK.

The Devon winners will be announced at a gala celebration evening on Friday, November 27 at the University of Exeter.