The group transformed its membership arrangements, events and website to widen its appeal and to further share knowledge and experience throughout the industry.

In this exclusive interview, eLN Chairman, John Curran looks back on a successful year and sets out his ambitions for 2016.

How has your year as eLN Chairman gone? 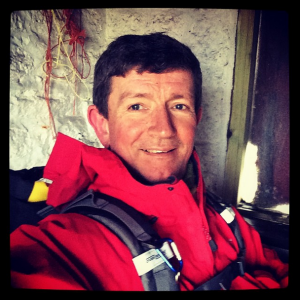 It’s gone pretty well. We had some hairy moments during the year because we decided to change everything at the same time. In hindsight it wasn't the greatest thing to do, but it would have been hard to change one little thing at a time.  So we changed the website, the business model, our events and the way we organised them. But actually, it pretty much worked out. There’s a lot of goodwill behind the eLN, our sponsors this year have been amazing, and there is such a great feeling of support for the eLN in the UK and that really helped us. Overall, it’s been a really successful year. I've been re-elected as Chair so we’re hoping to do more of the same again for 2016, only bigger and better.

Have you been able to achieve your vision for the organisation?


“It’s a really complex landscape so I think our role moving forward is helping those people who are new to really get up to speed on what elearning is all about.”

We wanted to make the eLN more accessible. There are a lot of people out there getting into elearning for the first time and we wanted to make the ELN the first port of call for those who are new into the industry. When I first started in elearning it was focused on the technical stuff, and there weren't that many approaches you could take. Nowadays, it’s a really complex landscape so I think our role moving forward is helping those people who are new to really get up to speed on what elearning is all about, as well as helping those already in the business to explore different aspects of elearning.

Video: John explains how he’s hoping to keep up the momentum for 2016.

This year saw the eLN stage a new-style conference called Beyond Click Next. How was it received?

We've always organised one day events, but they tended to have a single stream with four or five speakers and a maximum of 50 delegates. These were our old-style paid events. What we’ve done now is to make those events free and call them our workshops. But we had a vision for something much more conference-like. Principally, this meant more speakers, more people and multiple streams. Of course, putting together a multi-stream event is a lot more challenging. You've got to manage which stream people want to go into but we tried to keep it flexible and used a ‘two feet’ rule, so you could choose whatever session you wanted and when it was full, it was full - that seemed to work really well. We kept speakers to 30 minutes which is shorter than you’d normally expect in a conference and I think that also went down really well as we were able to pack in more variety to each stream.  Overall, we had about 30 speakers in the day and there was lots of choice for people. I think probably the best feedback we had was a lot of people saying it was the friendliest conference they’d been to.

Video: John expands on the friendliness of the eLN.

What’s your ambition for the eLN for the next 12 months?

More of the same, definitely. We had our first board meeting just last week so we’re working on our events for 2016 and we’ll be launching those in early January. There will be more free workshops and I’d like to repeat our conference in November. We’d also like to do more regional events which we call Meet-ups. Another thing we’re planning for 2016 is a series of webinars so we can reach members online as well as face-to-face. We've got a new blog editor, Martyn Stevenson-Read from BT, so that will mean a lot more blogging and general content on the website. Hopefully, all that together will provide more benefit to our members throughout 2016.

To find out more about joining the eLearning Network visit: elearningnetwork.org/membership-options