Elearning provider, Sponge has achieved top honours on an acclaimed list which recognises the UK’s 100 best companies to work for.

The business has been awarded the highest possible accreditation – three stars - in The Sunday Times 100 Best Small Companies to Work For 2016.

The award is based on staff feedback and follows a rigorous survey where employees answered questions about pay, conditions, teamwork, leadership and wellbeing.

Sponge was benchmarked against hundreds of other small companies and only those assessed as ‘extraordinary’ achieved three star status. 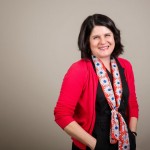 “This really is something to be proud of and we are all delighted! As a family-owned business we try hard to support each other and create an environment where our people can thrive. We’re also in the learning business, so personal development is at the heart of the company. Our aim is to build an organisation where everyone is constantly learning and developing their skills, both for their own benefit and that of the company.”

Sponge makes bespoke online training for large organisations such as Tesco, GlaxoSmithKline, the NHS and Royal Mail and employs nearly 70 people at its headquarters in Plymouth.

In November last year, the company was named Outstanding Learning Organisation of the Year at the Elearning Awards – one of the highest accolades in the elearning industry.

Best Companies has been producing and publishing lists of the best organisations to work for since 2001.

The team at Sponge will find out where the company is placed in the top 100 on Wednesday, February 24 when the list order is announced at a gala ceremony in London.