insights - How L&D can stay ahead of the technology curve

How L&D can stay ahead of the technology curve

An interview with David Kelly of The Elearning Guild 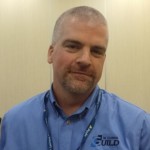 As an L&D professional, staying ahead in a changing world is a major challenge.

New technologies may hold promise but evaluating them for use within your own organisation is practically a full time job in itself.

Thankfully, there are people in the world like David Kelly.

He’s Senior Vice President and Executive Director at The Elearning Guild . It is the oldest community of practice for the elearning industry.

In this exclusive interview, he shares his tips on how to judge what will work for you in the changing technology landscape.

Why should L&D teams stay across emerging and new technologies?

As the people who support the learning and development of others, we need to be aware of the shifting ways in which technology is enabling us to interact in the world because that's going to enable us to be better positioned to build learning programs and learning environments through which people can learn for themselves.

How do you judge which new technology has potential and which does not?

It's an interesting question and like a lot of really good questions the answers is that it depends. The reason that I say it depends is because as an industry one of the mistakes we make is to look for the silver bullet, the one thing that can be applied across the board. But there just isn't one, and as much as technology advances rapidly, I don't see one existing in the near future. Why? Because every organisation is different and unique in terms of culture and maturity, and what is right for one may be wrong for another.

So it's important for us to understand these technologies, not so we can use them, but so we can apply them to the context of our organisations to decide whether or not they're appropriate for us.

What have you seen that you think might have the potential to disrupt the learning landscape?

Again, I look at the learning landscape as a trickle down from the consumer landscape. So I'm still incredibly excited about mobile. Even though it’s normal for us to walk around with these smartphones, these mini-computers, in our pockets, I still think we're in the infancy of tapping into their potential for learning.

A lot of us use these devices naturally as tools for our own personal learning, but we don't think of them as an educational platform in the same way. A lot of what we have seen in the mobile space in the majority of our industry is around, how can we do what we already do on these devices? I think that's the wrong question. I think a better question is how does this new technology change what we do?

What excites me most in the mobile space is what we're just starting to see organisations tap into, which is the unique aspects of these devices. What are the things these devices are enabling us to do that we’ve never been able to do before?  We're just starting to see organisations tap into things like GPS and recording on a camera, and use them to build learning programs and learning environments like never before. So mobile is probably the biggest technology change we’re seeing at the moment.

There are some other far-reaching technologies that we’re a couple of years away from. I think that the growing focus on performance support is something that is going to be transformative; the ability to get people the support that they need without needing to stop them from working so that they can learn. I think there’s a growing interest in interactive video.  The bar to participating in a video conversation from a learning standpoint has been lowered tremendously, and now we're starting to see a lot more opportunities to make that video more engaging and more interactive for people. I think that's going to be a huge thing for us as we go forward.

Other areas that could have applications for learning, but are a little bit further out are wearable tech, virtual reality and augmented reality. I think we're going to start seeing some early adoptions for organisations but I think we’re still a way out from them becoming a mainstream part of our training. I think it is still something we should follow because what’s going on in the consumer space is going to shape the types of experiences that people expect from learning.

Are there any red herrings that people have seized upon but you think might not lead anywhere worthwhile in learning?

There are always red herrings and they are much easier to spot in hindsight. One of the things I find interesting is that a red herring is not always the red herring that it appears to be.

Take something exciting like Google Glass. About two years ago, I was at a conference talking about the potential of Google Glass and a year later, it was killed off by Google, or at least the consumer edition of the enterprise program was killed.  A lot of people said it was a failure, but I don't consider Google Glass to be a failure. I think it was one of the most successful experiments ever done in this space because it gave us an idea of what works, what doesn't and how wearable technology has cultural implications. The project still exists today, just in a different form, and it is still out there, percolating and finding its niche.

For me, the red flag is when I hear something discussed in the context of, this is going to replace what we do, or traditional training is dead and will be replaced by this. All these new technologies give us the opportunity to do things we've never been able to do before, which is really exciting, but at the same time they are doing nothing more than adding another tool to our belt. And the more tools we have in our in our toolkit, the more we’ll be able to apply those tools contextually in ways that provide the best possible solution. So I wouldn’t say that there's any one technology that is a red herring over anything else, it’s just a case of over promising and under delivering.

How can L&D professionals stay ahead of the curve when so much is changing?

It’s a rapidly evolving landscape and staying ahead is a challenge. There are a couple of things, as learning professionals, we need to be doing.

One is that we need to plug in, find where the conversations are taking place. That is not just something as literal as attending a conference, but social media has enabled us to participate in conversations wherever, whenever we want.  So find those conversations because they can give you an idea of what is possible.

Then, I would take it a step further and say it's not only a matter of plugging in and listening, but also joining in. If I'm not participating I'm lacking the most critical component of the conversation which is adding my own context, asking questions and trying to understand what other people are doing and where it may, or may not, fit into my organisation.

The other piece that I think is critical is to just play. Look at new technologies with more of a childlike curiosity to see what it can do. Every time a shiny new thing comes out I always will try to spend a couple of hours seeing what it can do. A lot of the time as learning professionals, we start with a new project and we say this something we’ve never encountered before let’s find a solution or a technology. But what’s better is when a new problem comes up you are immediately able to connect it contextually with something that you experienced. Even if it’s not ultimately the solution, the exposure helps build this larger context around not just what we do now, but what we could be doing.

To find out more about David Kelly and follow his blog visit www.davidkelly.me