3 hard lessons from 20 years of Flash

Everything has its day, and Flash has had its. Once a revolutionary technological pioneer, Flash has been overtaken by more responsive and agile technology.

In July 2017, Adobe announced it was phasing out Flash by the end of 2020, when it will stop updating and distributing Flash Player. After more than 20 years, they’re pulling the plug on the plugin.

To mark the announcement, we thought we’d look back on the story of Flash in elearning and assess what its demise means for the digital learning industry.

Where would we have been without Flash? It revolutionised the online experience and made everything we take for granted possible.  Credit where it’s due: It transformed learning.  When it launched in 1996, Flash enabled rich, multi-media content in online learning.  Here are some of the great things it enabled in elearning:

If you’re too young to remember the days of workplace learning before video, then lucky you! They were pretty grim.

All of these creative additions to elearning became available because of Adobe Flash. It was the technological solution, the go-to tool, for creating and providing bespoke content in a way that delivered engaging, effective learning to large numbers of employees. We had moved from text-based learning to a much more visual experience.

But then, it all went wrong …

How did something so pioneering, the leader in its field, allow itself to be left behind so disastrously? The answer is three words:

Flash was great for developing and showing video-rich content on a desktop. But it wasn’t sufficiently responsive for mobile devices. The inability of Flash content to move smoothly from desktop to tablet and mobile phones was always going to prove fatal, given that this is where most people now access the internet.

In terms of usability issues, Flash uses up a lot of battery, the load times are high, and you can’t navigate on a touch screen.

In his open letter to Flash in April 2010, Apple boss Steve Jobs wrote: “The mobile era is about low power devices, touch interfaces and open web standards – all areas where Flash falls short. New open standards created in the mobile era, such as HTML5, will win on mobile devices (and PCs too). Perhaps Adobe should focus more on creating great HTML5 tools for the future, and less on criticizing Apple for leaving the past behind.” Ouch!

When Apple retracted all support for Flash, it was obvious that its days were numbered. Android dropped support in 2012. Then YouTube also switched from Flash to HTML5 for video content.

The notorious security issues that eventually led Google to phase out full support for Flash software on its Chrome browser in 2016 meant that finally, there was nowhere to go for Flash.

So where does the demise of Flash leave the learning industry? We’ve all known it was coming and most digital learning content is now created in HTML 5, which supports content more consistently across devices. It means learning content is quicker to access and, because it ‘fits’ devices, it’s also more accessible.

Great. That’s new content sorted. But what about all that old learning content that was created using Flash technology? Prepare for some good news …

The next bit is so important, I feel it should be written in big red letters: Do not throw away your old content! It can be saved!

Old content can be ‘rebuilt’ in new technology so that it can work just as well in HTML5 as brand new content.

All that expense and effort gone into creating Flash-based content should therefore not go to waste. And you don’t have to start all over again.

At the end of the upgrading, you’ll have all of your content but with one big difference: It can now reach more staff more easily because it will be device-friendly.

The end of the Flash era might have caused a few early headaches for developers, but in terms of usability and future-proofing content, it should be welcomed in digital learning.

If we’ve learned anything from the rise and fall of Flash, it’s this: You’ve got to keep on developing to stay ahead.

Liam has worked with some of world’s biggest brands to create programmes that embed leadership throughout the organisation by leveraging digital learning.

He has worked in a variety of sectors including pharmaceuticals, automotive, manufacturing, distribution and retail. 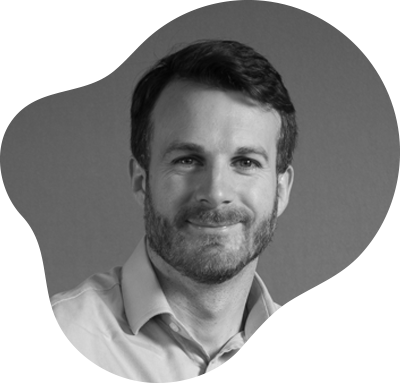