insights - How to inject fun into pharma training with games

How to inject fun into pharma training with games

Training in the pharmaceutical industry covers some pretty intense topics. You might have to memorise cancer survival statistics, reel off the symptoms of juvenile arthritis, or understand the mechanisms of pre-term labour. Let’s face it, it’s not usually something that would be considered ‘fun’. But even when the subject matter is serious, there are still ways to keep learners entertained, and therefore, engaged.

‘Gamification’ is one way to bring an element of fun to what might otherwise be a relatively dry learning experience. It’s a broad term and can be somewhat misleading to the unacquainted; preconceptions around the ‘fun’ element of games can be off-putting to some when it comes to ‘serious’ learning.

But ‘gaming’ isn’t just about fun. According to Collins dictionary, “A game is an activity or sport usually involving skill, knowledge, or chance, in which you follow fixed rules and try to win against an opponent or to solve a puzzle.” It follows, then, that the engagement brought about by gaming can be a result of elements other than fun, such as competition, problem-solving, exploration and mastery. In fact, author, game designer and Professor of Interactive Computing at the Georgia Institute of Technology, Dr Ian Bogost, believes it is this depth that drives engagement in games, not the fun.

After a rocky start, gamification is slowly becoming more widely accepted by the pharmaceutical industry as an effective way to convey information and promote learning. It is now recognised as an effective way to engage patients, and can be particularly useful for providing education and support to patients who are self-managing long-term conditions, such as Type 1 diabetes. Games can also be used to assess a patient’s condition, for example cognitive function, as assessed by Lundbeck’s newly validated self-test for people with major depressive disorder. Some are even developed with a view to becoming approved therapeutic options, such as PureTech Health’s video game designed to help sufferers of ADHD. 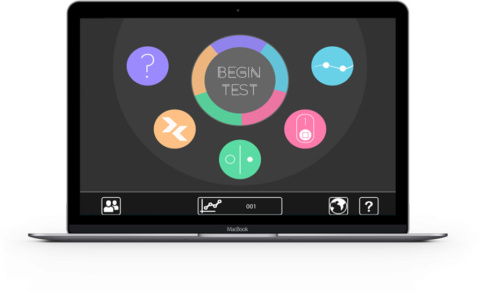 The Thinc-it app is available on desktop and mobile platforms and helps people self-test for major depressive disorder. 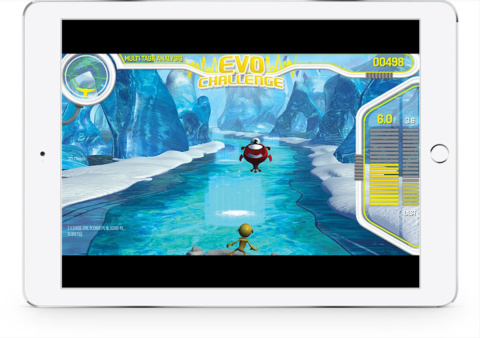 Gamification even has potential in R&D. Players of Foldit, a protein-folding game created by the University of Washington, were able in 10 days to unlock the structure of a monomeric retroviral protease that causes AIDS in rhesus monkeys, something that had previously puzzled scientists for 15 years (Cooper S, et al. Nature 2010;466:756–60).

But what about the value of games specifically in training the pharma workforce? Academically, it has been shown that medical education games can “promote learning, increase engagement, allow for real-word application, and enhance collaboration. They can also provide opportunities for risk-free clinical decision making, distance training, learning analytics, and swift feedback.” Further, “improved learning outcomes have been demonstrated with virtual patient simulations” (McCoy L, et al. J Am Osteopath Assoc 2016;116(1):22–34). For sales reps and physicians alike, patient simulations and ‘serious games’ can be invaluable in tackling even the most sensitive subjects, such as dementia, creating safe learning environments where key soft skills can be practised without the consequences of failure.

Beyond the game play itself, the social and competitive sides of gaming bring motivational benefits in the form of progress bars, levels, badges and leader boards, all of which can make the difference between a passive learner and an engaged repeat visitor!

Here at Sponge, we have many case studies with real-life results that prove the benefits of gamification. One example is at GlaxoSmithKline Vaccines, where new recruits gained a deeper understanding of the business structure and strategy after playing a simulation game that brings the process to life. 100% of participants enjoyed the experience and 90% said it would benefit them in their job. 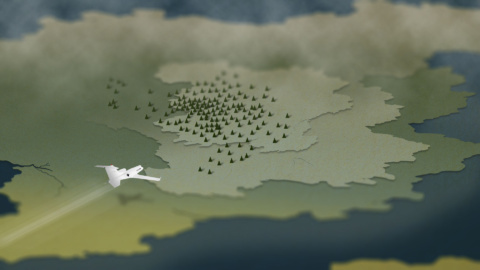 A 2013 survey of sales leaders from the top 25 pharma companies indicated that 38% were currently using or planning to use a game-based training for their sales force. In 2017, is your company one of them? Give games a chance, and give your learners the opportunity to:

​Why pharma should invest in patient-focused learning

We explore the why, how and who of patient-centricity in pharmaceutical employee training.

How to avoid bad science in pharma visuals

In pharmaceutical communications, the art of creating the right visuals can be invaluable. But if something gets lost in translation, misleading imagery can be catastrophic for your brand.

An industry white paper explores the research and case studies that show empathy with patients is key to driving better results in the pharmaceutical industry.